What Causes Baldness in Men

What Causes Baldness in Men

Several factors can cause hair loss, both in men and in women. This can include everything from health issues to damage caused by chemical treatments or hair products. However, for men a primary cause is male pattern baldness, which is a major concern for many men as they enter middle age. In fact, according the U.S. National Library of Medicine, over half of men aged 50 and over will experience some degree of male pattern baldness. But what exactly causes this very common affliction? Read on to learn more about the causes of baldness in men.

Doctors typically diagnose male pattern baldness primarily on appearance. It usually begins at the hairline, gradually receding backward until the bald patch resembles an “M” shape. Eventually, so much hair is lost that a U-shaped or horseshoe pattern of baldness is formed.

Male pattern baldness begins because the hair follicles shrink over time. When the follicles shrink, the hair becomes shorter and finer, until eventually the hair stops growing. However, the follicle is still alive, which means it is possible for new hair to grow. Also, androgens play a large role in contributing to baldness men. Androgen, a male sex hormone, performs several functions, including controlling hair growth. If levels of the hormone fluctuate, for example, as hormones often do as you age, your hair might not grow as it should, leading to partial or complete hair loss.

There are many other causes of baldness in men, however, especially if the hair loss does not follow the classic “M pattern” or if it’s accompanied by other symptoms such as redness of the skin or scaly skin, you should consult a doctor for a thorough medical examination.

At Beauty Universe, we carry several hair care products designed specifically for men. If you notice your hair is starting to thin a little, consider our Biotene H-24 line, a complete hair care system designed to naturally enhance your hair so it looks and feels thicker, fuller and healthier. Take a look at our entire inventory to find the products that address your hair care needs and suit your lifestyle. 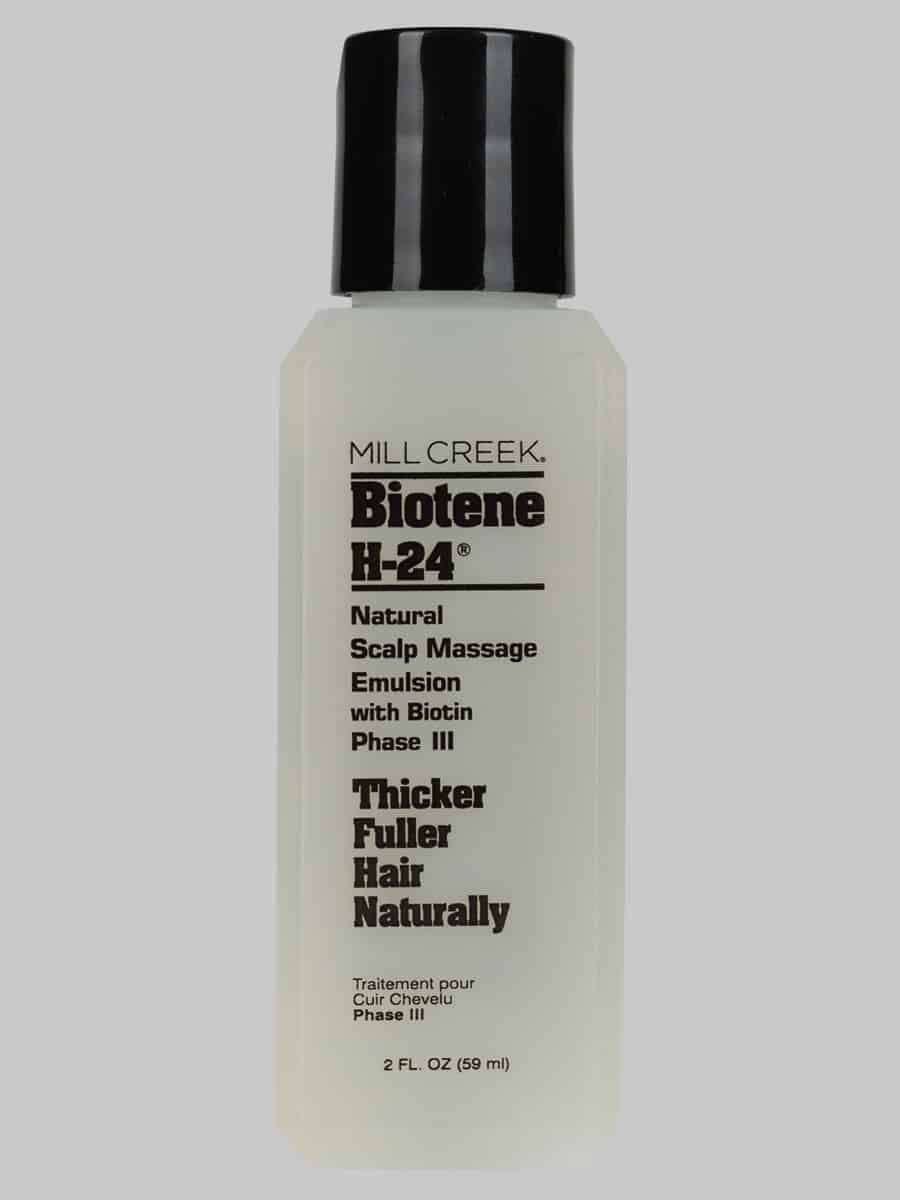